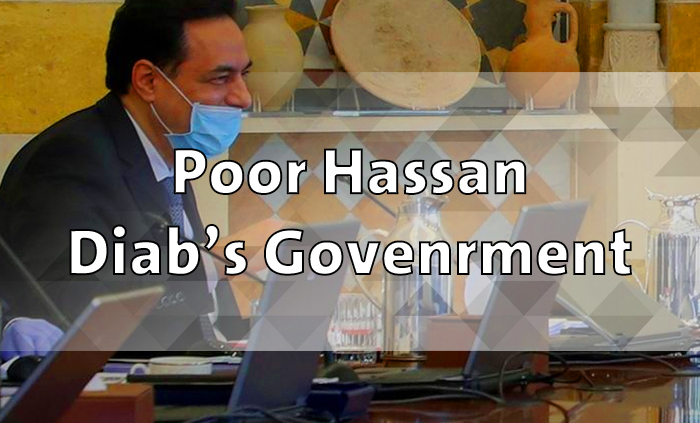 Poor Hassan Diab’s government: Bankruptcy was announced in its time. The capital control law fell on its shoulders, and when the enormity of its effects emerged, its authors renounced it and from it. The smuggling of Amer al-Fakhouri fell on its head, and the coming Corona tragedies will hit it. 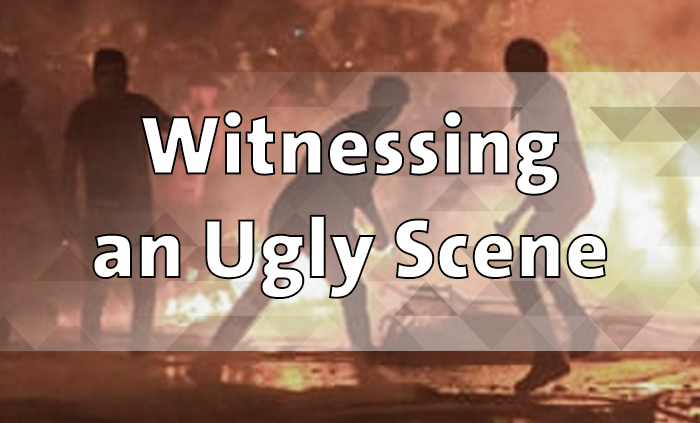 The movement “Citizens within a State” was launched on Thursday 24 March. It is a movement regrouping men and women involved in public affairs across the Lebanese territory, with the will to assume their responsibilities on the basis of their citizenship, away from traditionally imposed relationships of allegiance.

We are men and women citizens, and not the clients of any za’im, or the sons of any religious community. We do not belong to any spiritual or material family. We are individual citizens. Our rights and obligations are only determined by law. And our political choices are only determined by our free and conscious will. Because we are citizens, the only logical framework of political and social action for us is through an effective State.

We are aware of the obstacles to achieving these objectives. But we also believe the opportunity is here and we should not miss it, no matter how great the difficulties. What is possible today may not be possible tomorrow.

We believe that political life in Lebanon has reached a breaking point, due to political choices taken by the dominant forces. This breaking point constitutes a deadlock for all political forces, regardless of whether they are aware of it or not. We have entered a transitional phase. And the priority now is to know how to handle and manage this transition and to define its agenda.

There is a need for a new political force to emerge, to reflect society’s true interests, and to redefine domestic priorities on the basis of a clear socio-economic reading. We believe it is possible and necessary to work towards the convergence – even if circumstantial – of parties coming from different lines of thought, from socialism to liberalism, to work together in order to deal with this transitional phase.

We believe it is our duty to act, to take the initiative to build a State for the citizens, men and women. Our means to this end is the creation of an organized political framework. This is a serious option for any person who feels negatively affected by the present situation, and is ready at the same time to engage in a peaceful fight through collective action, in order for this “organized political framework” to become the main lever for the project of rebuilding the State.

The upcoming municipal elections, regardless of the risk of their cancellation or postponement, are for us an occasion to present the Lebanese people with a political proposition not only outside of the current political alignments and their agenda, but also outside of the system of political entities in place. The objective is to change the balance of power during this transitional phase and to contest the so-called absolute and exclusive representative quality of the current confessional leaders as an ensemble. Under the slogan “Citizens within a State”, we present our lists of candidates for municipal elections in the main Lebanese cities and towns.

The movement “Citizens within a State” does not pretend to any moral authority to judge anyone. It calls on all Lebanese citizens to take charge of their own destiny on the basis of an evaluation, a diagnostic and an action plan for the transitional phase. This movement offers, not only in words but in actions, an alternative plan to the attempts of the holders of this shaking power to come up with a revised and harmful formula for their continued dominance.

This site uses cookies. By continuing to browse the site, you are agreeing to our use of cookies.

We may request cookies to be set on your device. We use cookies to let us know when you visit our websites, how you interact with us, to enrich your user experience, and to customize your relationship with our website.

Click on the different category headings to find out more. You can also change some of your preferences. Note that blocking some types of cookies may impact your experience on our websites and the services we are able to offer.

These cookies are strictly necessary to provide you with services available through our website and to use some of its features.

Because these cookies are strictly necessary to deliver the website, you cannot refuse them without impacting how our site functions. You can block or delete them by changing your browser settings and force blocking all cookies on this website.

These cookies collect information that is used either in aggregate form to help us understand how our website is being used or how effective our marketing campaigns are, or to help us customize our website and application for you in order to enhance your experience.

If you do not want that we track your visist to our site you can disable tracking in your browser here:

We also use different external services like Google Webfonts, Google Maps and external Video providers. Since these providers may collect personal data like your IP address we allow you to block them here. Please be aware that this might heavily reduce the functionality and appearance of our site. Changes will take effect once you reload the page.